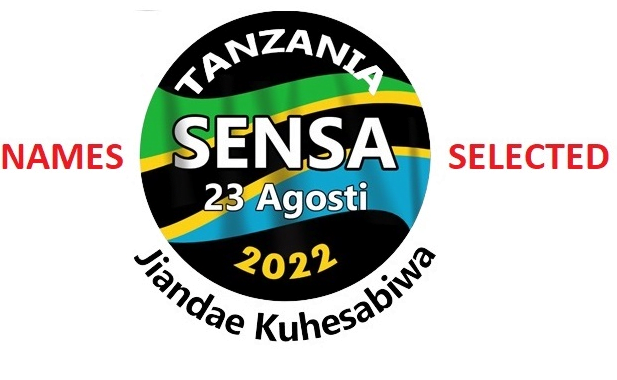 NBS Confirms ‘Mafunzo ya Sensa’ Dates. The Government of the United Republic of Tanzania plans to conduct a Population and Housing Census on August 23rd 2022. The Ministry of Finance and Planning through the National Bureau of Statistics (NBS) in collaboration with the Office of the Chief Statistician of Zanzibar (OCGS), is in the process of preparing to conduct the Census.

In addition, among the people who applied for all the jobs, the people who successfully completed all the application procedures were 575,672 people.

After the job application exercise what followed afterwards was the process of filtering and naming the people who then called up for interviews , this was done to further filter those who will be involved in the population and housing census exercise.

Census Pro Commissioner Anna Makinda said that those who have been successfully selected after the Interview, will enter into a planned training for 21 days to prepare them well for the Census exercise.

Today, July 28th 2022 the NBS has issued a press release, which officially confirms that the Trainings for the 205,000 successful Applicants who have been selected for attend the trainings following the recently concluded interview process will commence from Sunday 31st of July and conclude on Thursday the 18th of August 2022.

Those who will complete the training sessions successfully will thereafter be required to report the their assigned work stations , two days prior to the Tanzania Census exercise, meaning they should be at their assigned locations by the 21st and 22nd of August 2022, ready for the Census day exercise on the 23rd of August.

Read the full press release from the NBS on the PDF file below :-

Following the announcement from NBS, some Councils have also issued notices to postpone the previously planned start date which was 29th July 2022 to 31sts July