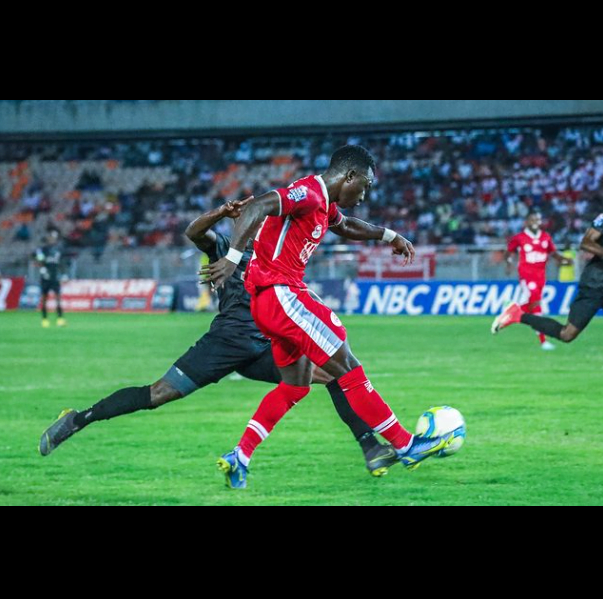 Simba Sc and KMC have settled a 2-2 draw in a classic Dar es Salaam Derby match at Benjamin Mkapa Stadium in the city.

Simba have failed to make a three-match successive win in the NBC Premier League after being held to a 2-2 draw by KMC at Benjamin Mkapa Stadium in Dar es Salaam on Wednesday night.

A late 89th minute strike by substitute Habib Kyombo salvaged a point for Msimbazi based club, making it their first draw of the progressing league campaign.

The Reds were the first to open the scoreboard with an early goal from Zambian import striker Moses Phiri who has so far pumped three goals in three appearances for his side.

Despite his goal sustaining throughout the first half, KMC responded back in the 48th minute via Matheo Antony before George Makang’as contribution in the 57th minute.

However, it was the first time for KMC to pick a point from Simba as in their past eight head to head meetings, the former have been conceding defeat.

Also, KMC have made a record of becoming the first side to score against Simba as prior to the game, the Msimbazi street giants were cherishing a two-match cleansheet.

Up next, Simba face Nyasa Big Bullets of Malawi in the first preliminary round of CAF Champions League at Bingu Stadium in Lilongwe on Saturday.