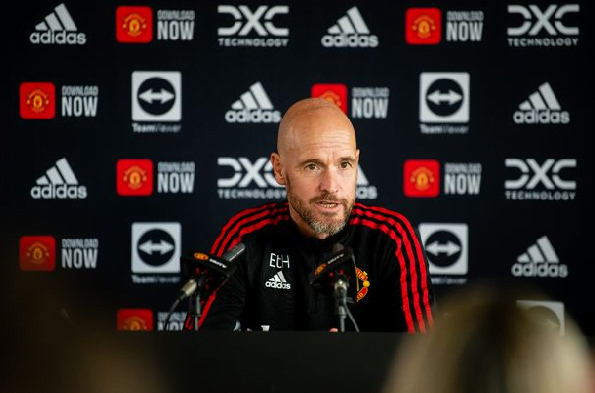 Manchester United coach Erik Ten Hag has shown to recognize the size of Arsenal as they lead the league so far with 15 points.

Ten Hag said that Sunday’s match will be very difficult and he expects every player in the squad to be ready to play his role on the field.

“I have seen Arsenal, the opponent is difficult, they have started well as we know this season, and you can see that there is a team that has been together for a long time, with a coach who brings his philosophy to the team.

“So, this is a good test and I am looking forward to it. We will pick the right squad to start but as you can see, it’s not just a team, we have a squad and also, the players who joined us did really well so I’m happy with that.

“That’s what we have to build more on.” He finished Ten Hag

Manchester United will host Arsenal in the sixth round match, where the match will be played at Old Trafford.