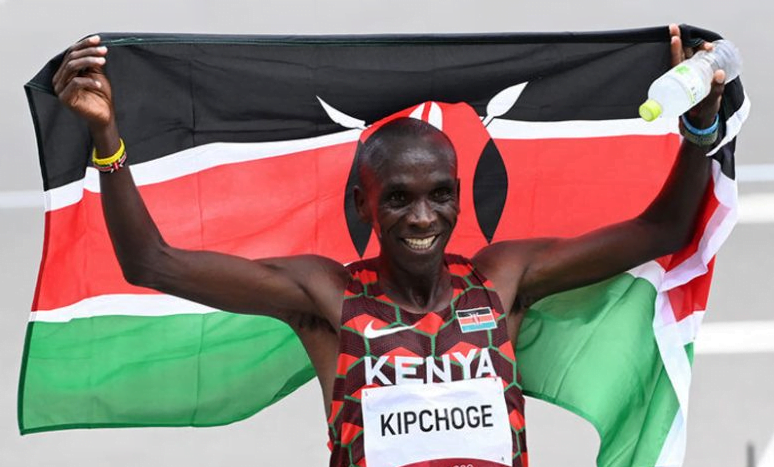 Kenyan international athlete, Eliud Kipchoge has broken the marathon world record in Berlin which he set four years ago.
The 37-year-old Kenyan crossed the line in 2:01.09 in the German capital and broke the record he set in the same city at the competition last weekend.

Kipchoge has broken the two-hour mark before, doing so in Vienna in 2019, although this was not officially recognized due to not being in open competition.

The two-time Olympic champion also used a pacemaker during the Vienna race.

Kipchoge reached the first half ahead of schedule in 59 minutes and 51 seconds, but slowed slightly during the second half of the race.

The victory means that the Kenyan has now won 15 out of 17 marathons including four in Berlin and equaled Haile Gebrselassie’s all-time record.

In the women’s race, Ethiopia’s Tigist Assefa emerged victorious with a time of 2:15.37 minutes, the third fastest time in history.