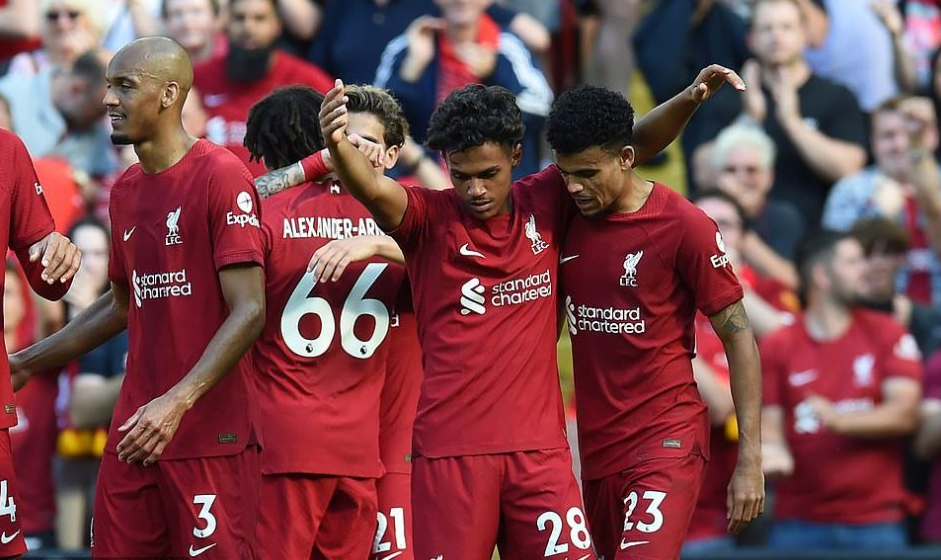 Liverpool Club has written a new history after playing their fourth game of the English Premier League against AFC Bournemouth, Liverpool were at home at Anfield and managed to get a 9-0 victory.

The first victory for Liverpool this season as they have played three matches before today and lost one and two draws so today has raised the morale of the team but the other thing is that Liverpool have written a new history for the first time after finishing the first half with a 5-goal lead. 0 something they have never done since their club was founded.

For Firmino, the game has a great meaning for him as it has made him reach 100 goals with Liverpool since he joined them in 2015 from 1899 Hoffenheim in Germany, today’s victory now makes Liverpool 9th ​​with 5 points.