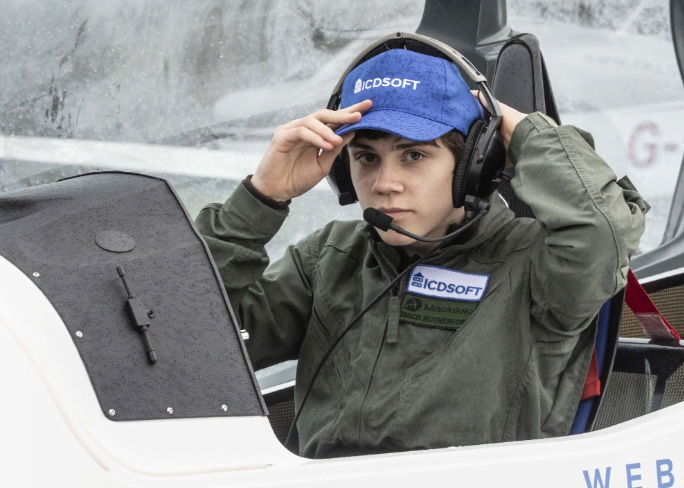 MACK Rutherford, a 17-year-old British citizen who grew up in Belgium, has set a record for being the youngest pilot to fly a small plane solo.

This record was previously held by British pilot Travis Ludlow who was 18 years and 150 days old when he started his journey in 2021.

During his five-month trip around 52 countries, Mack Rutherford landed in the city of Sofia in Bulgaria.

Mack explains that during his trip he encountered sandstorms in Sudan and spent the night on an uninhabited Pacific island.

However, her older sister Zara holds the record for being the youngest woman to fly solo around the world.

Prepared by Simon Molanga with the help of the internet.