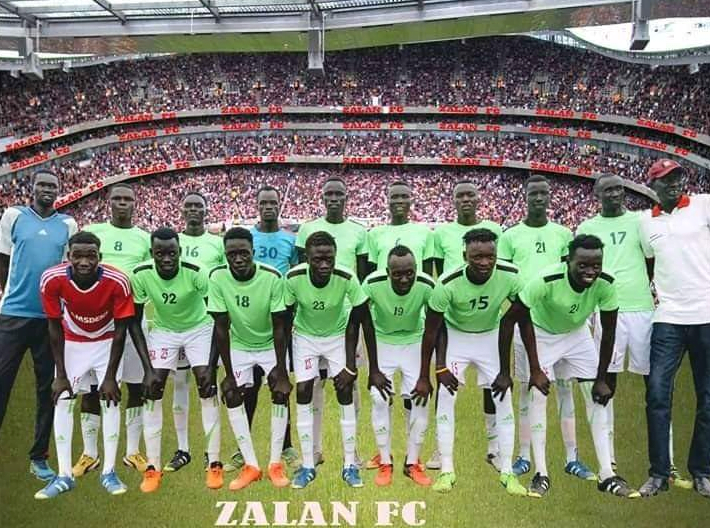 Zalatan is a football team from South Sudan, in the city of Rumbek, participating in the Sudanese league. It is not a very long time team that managed to win the Sudanese championship for the first time in the 2021/2022 season but they also won the Sudan Confederation Cup in 2018. These are the opponents of Yanga KLABU BINGWA AFRICA 2022/2023

Zalan FC is a South Sudanese team from Rumbek. They compete in the South Sudan Premier League, finishing second in Group B in 2017

Wau Salaam was able to take home the trophy at the maiden tournament in 2011, which featured competition from seven other provincial champions. After that, they competed in the CECAFA Kagame Interclub Cup in 2012 as representatives of South Sudan.

Atlabara was victorious for the second time in 2013, taking home the championship trophy; as a result, the team qualified for the CAF Champions League in 2014.

Young Africans Sports Club, commonly referred as Yanga is a Tanzanian football club based in Jangwani, Dar es Salaam, Tanzania. Founded in 1935, the club play their home games at the Benjamin Mkapa Stadium.

Nicknamed “Yanga” (Young Boys), the club has won 28 league titles and number of domestic cups, and have participated in multiple CAF Champions League editions. They have won the CECAFA Club Championship five times.

The club became a symbol of the anti-colonial movement. Young Africans became associated with nationalists and freedom fighters, and inspired the political party TANU to adopt yellow and green as their

primary colours. The club is currently in a process that will keep the club ownership 49% for investors and the rest 51% to the club members.