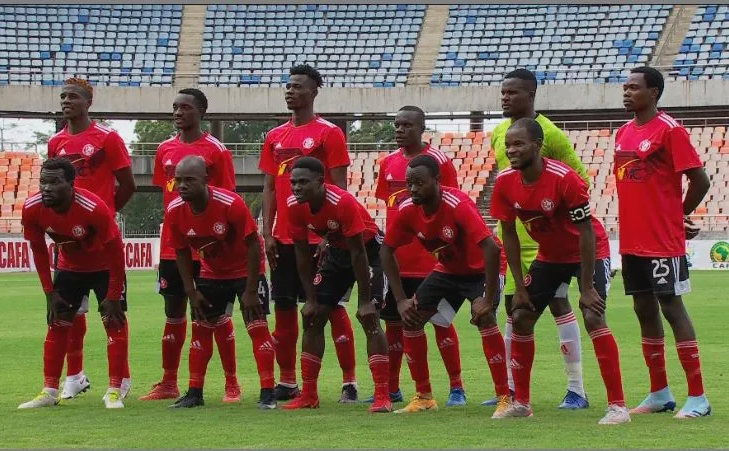 The Big Bullets FC of Nyasa

The TNM Super League
Kalisto Pasuwa is the head coach of the team
Kamuzu Stadium is the name of the venue.
It has been referred to as “The People’s Team.”
A splinter group of Mighty Wanderers players created the team in 1967. When the Bata Shoe Company agreed to sponsor the team, it changed its name from Nyasaland Bullets to Bata Bullets.
When the Bullets won BDFL, Chibuku Cup, and Castle Cup trebles in 1970, it was a tremendous year for football in Blantyre.

Bakili Muluzi, Malawi’s former president, took ownership of the team in 2003, renaming them the Bakili Bullets. CAF Champions League 2004 group stages were reached by the club during this time period, which was one of the team’s most successful times.

For CAF Champions League preparations, the club held a training camp in the United Kingdom at the same period. Nyasa Manufacturing Company is now providing financial support to the squad (NMC). Since then, it has been known as Maulle (native language for bullets).
As of October 8th, 2018, Rodgers Yasin and Elijah Kananji had been fired from their positions as head coaches of the Nyasa Big Bullets.

Achievements are included in the following table of contents.
Competitions in the CAF
Posts that might be of interest to you:
Yanga vs. Big Bullets is another excellent example. Results CECAFA Kagame, August 1st, 2021: Super League of Malawi’s achievements.

First-time Recipients of the Embassy Trophy:

The winners of the 2003 Chombe Tea were as follows:

Big Bullets Competitions in the CAF